This tutorial will guide you through how to assemble your Scroll Bot kit. Scroll Bot is a robot friend that lives on your desk or a shelf on your bookcase, and keeps you up to date with news, the weather, or your latest mentions or hashtags on Twitter.

Kit update! In 2021 we updated this kit to be solderless, and we replaced Scroll pHAT HD with a shiny new Scroll HAT Mini. If you've got one of these newer kits these instructions should still work but you can skip the soldering sections - your Pi and Scroll HAT Mini will come with their headers pre-attached!

Scroll Bot uses our new Scroll pHAT HD board, with a 15x7 matrix of individually controllable (per-pixel PWM-dimming) bright white pixels. It's ideal for scrolling messages, a 17-band spectrum analyser for your audio, or simple animations or games.

The assembly will be split into two parts: soldering the headers to your Pi Zero W and Scroll pHAT HD, and assembling and screwing together the acrylic pieces.

It should take around 30 minutes to assemble everything.

We have a guide here that you can follow to learn how to solder headers to pHATs. Soldering the male header to the Zero W is essentially just the same process, except the header should be soldered on top. The photos below show how each header should look when soldered.

If you don't own a soldering iron, or you're just not a pro-solderer yet, then you could use one of our nifty hammer headers that don't require any soldering at all. Our hammer header kit comes with a male header, female header, and a jig to safely and secure attach them to your Pi Zero/Zero W and pHAT.

You should have the following pieces:

Before you do anything, peel the protective film off all of the pieces of acrylic!

Take the clear frosted front layer with the etched side facing you and push through the four M3 bolts. Now flip it over face down, so that the long ends of the bolts are facing upwards. 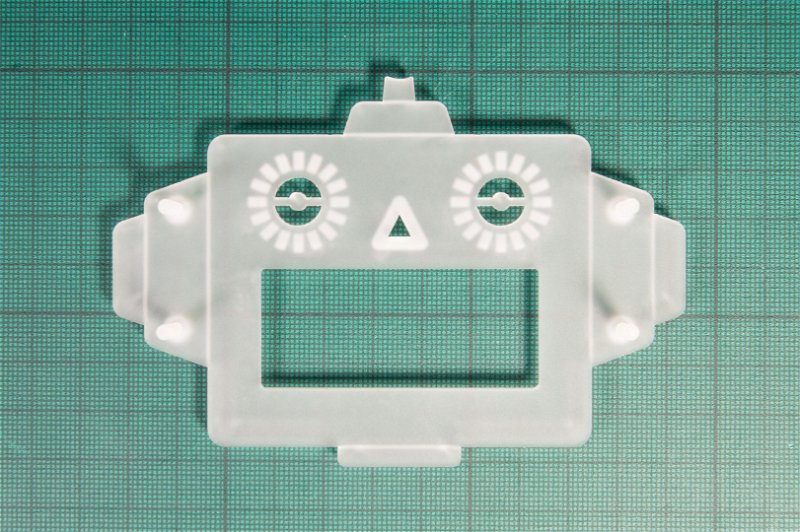 Next, take the middle orange layer and place it on top of the frosted front layer, sliding it down onto the four bolts. 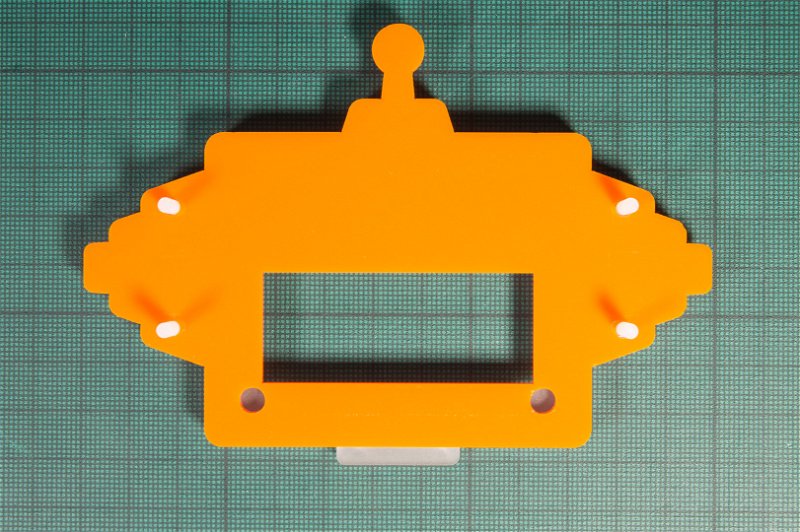 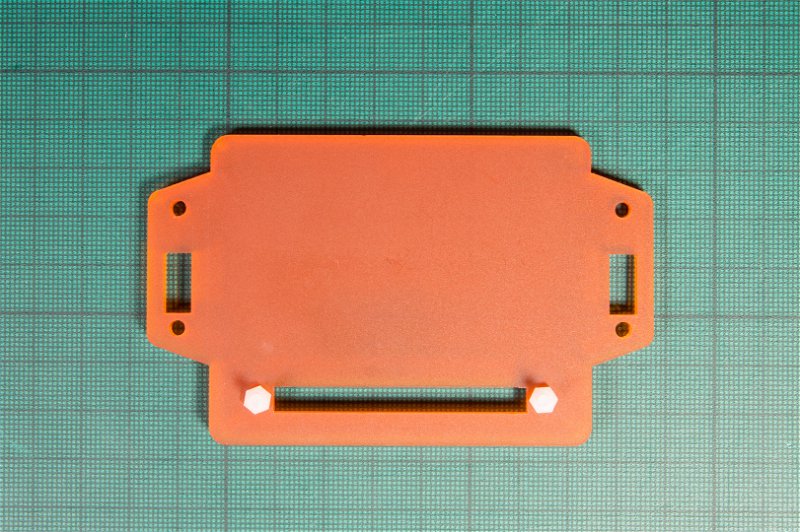 Push the two M2.5 bolts through the frosted orange layer and then screw two of the nuts on tight (these are the spacers). Now, slide your Scroll pHAT HD down onto the bolts, so that the LEDs are facing towards the acrylic. Use the remaining two nuts to secure the pHAT. 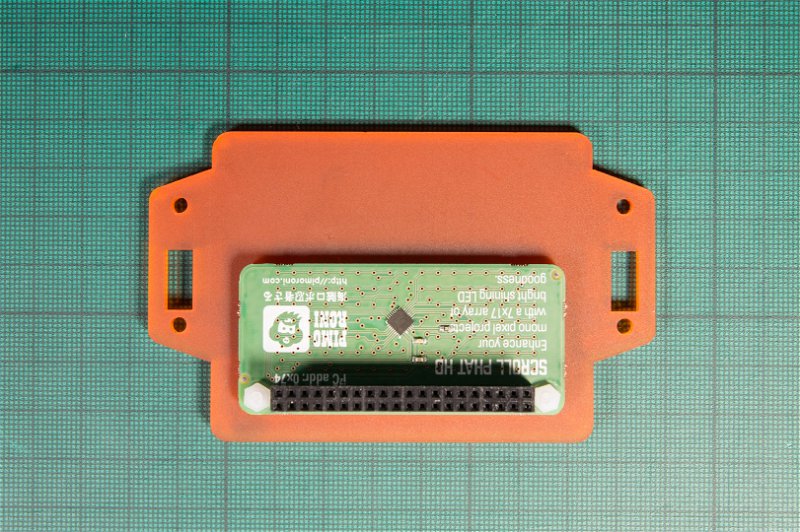 Note that the Scroll pHAT HD shown here is a prototype board in green, and the final production boards in the Scroll Bot kits are black.

Slide the frosted orange layer with Scroll pHAT HD attached on top of the other two layers. 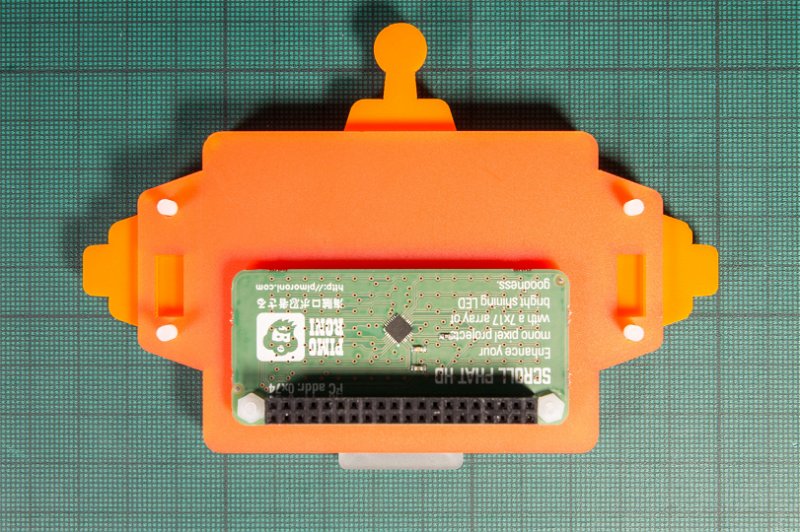 We'll fit the legs now. Take the frosted orange leg retainers and turn them so that the rectangular cut-out is closest to the top. Take one of the legs and slot it through the rectangular slot in the retainer. 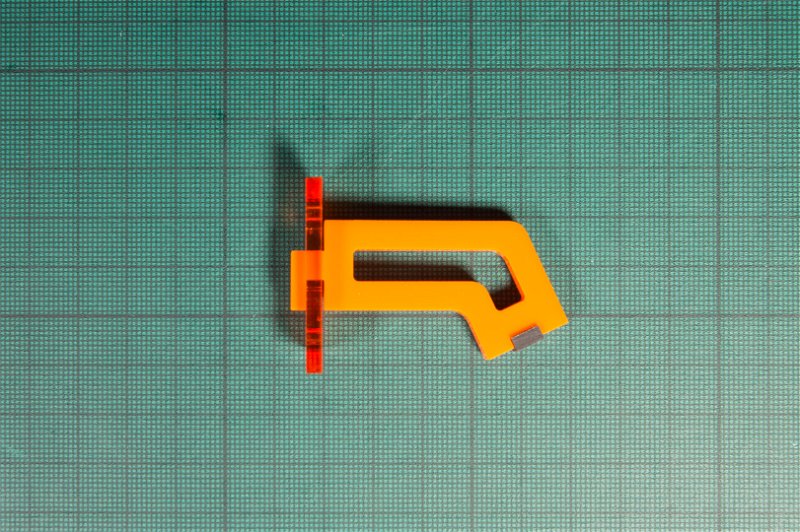 Place it into the recess on the back frosted orange layer, sliding it down over the two bolts. Do the same with the other leg, and then secure both with the M3 nuts. 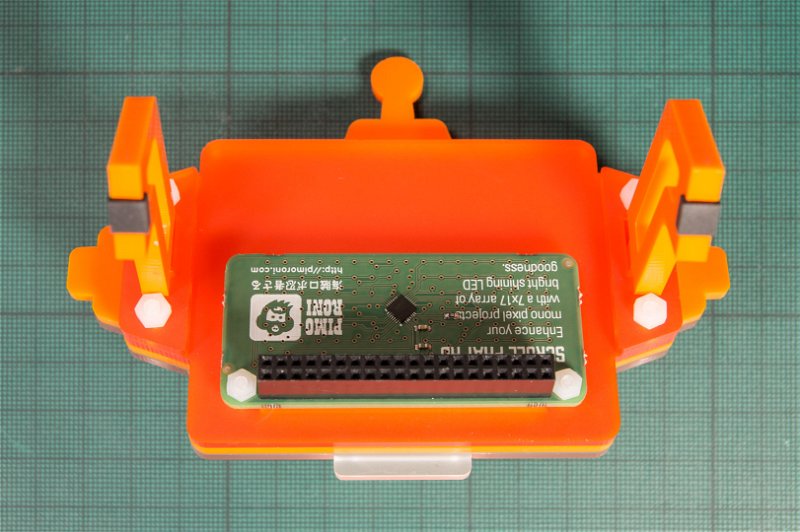 All that's left to do is to attach you Pi Zero W!

Take your Pi Zero W with soldered male header and pop it onto the female header on your Scroll pHAT HD, being careful to ensure that all of the pins are lined up correctly. 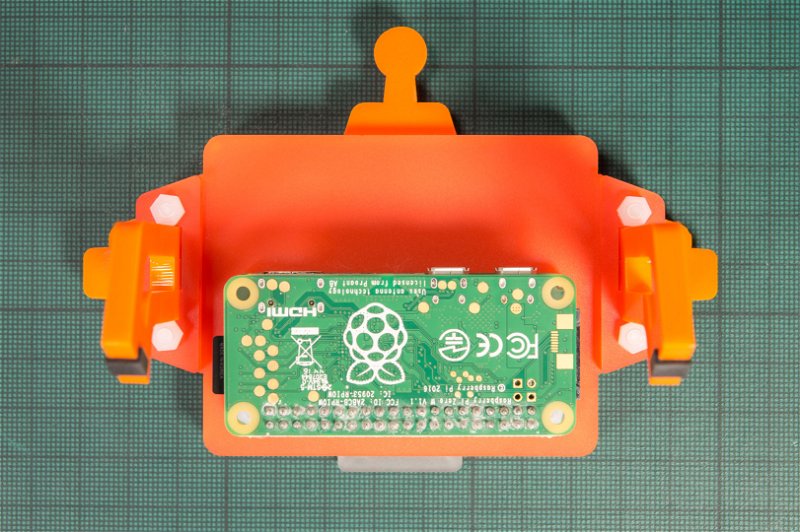 You can check out our Getting Started with Scroll pHAT HD guide to make sure that everything is working as it should, or check out our other Scroll Bot tutorials for more ideas.

Note that the default orientation for Scroll pHAT HD is upside-down if you're using it in a Scroll Bot. To flip it, simply add scrollphathd.rotate(180) towards the top of your code, just below the import lines.

Learn how to assemble your Scroll Bot kit