Our neat little Pi Zero CCTV kit is the perfect way to set up your own mini surveillance state! In no time, you'll feel like an MI5 spook, capturing covert footage of your unsuspecting gerbils.*

The authentic-looking CCTV sign holds the Pi Zero and camera on the rear, and provides a couple of mounting holes for fixing your camera to the wall.

*Gerbil law may prevent footage being captured without their prior consent.

You should have the following items in your kit: 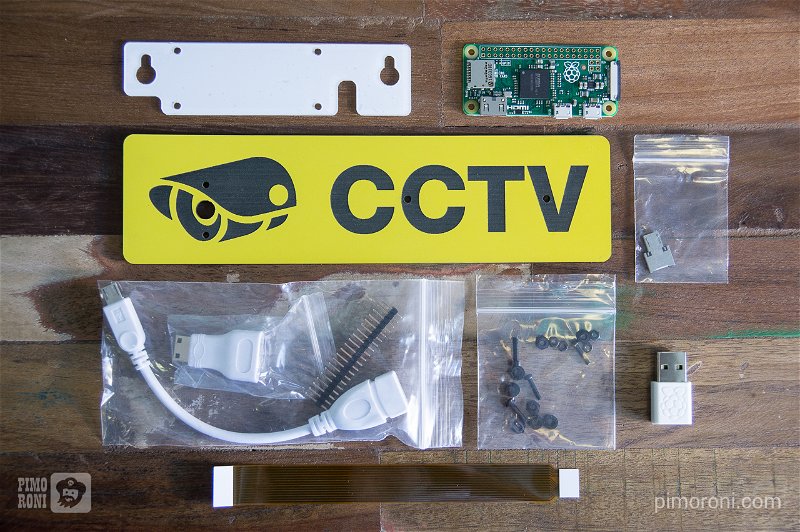 We'll begin by attaching the camera cable to the Pi Zero and camera.

Gently open the camera connector on the Zero, by pulling the little black clips on either side. It's easy to use too much force and break the connector, so really do be gentle.

Do the same with the other end of the cable, connecting it to the camera, with the white tab facing upwards and the copper contacts facing downwards towards the camera PCB.

When connected, it should resemble the following picture. 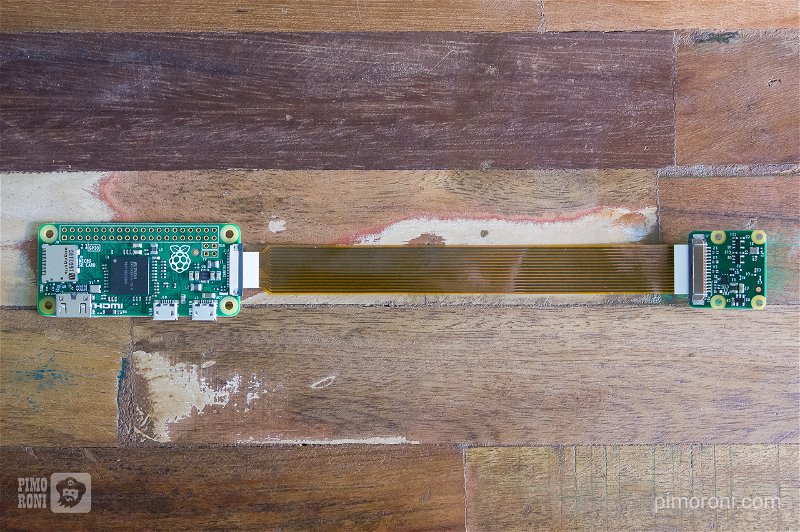 Turn the yellow and black front plate over, so that the black side is facing upwards. The camera mounts on the right hand side, where there are three holes - two small and one large.

Now, place the camera over the bolts, so that the lens is aligned with the larger hole on the plate. Use the two M2 metal nuts to secure the camera. 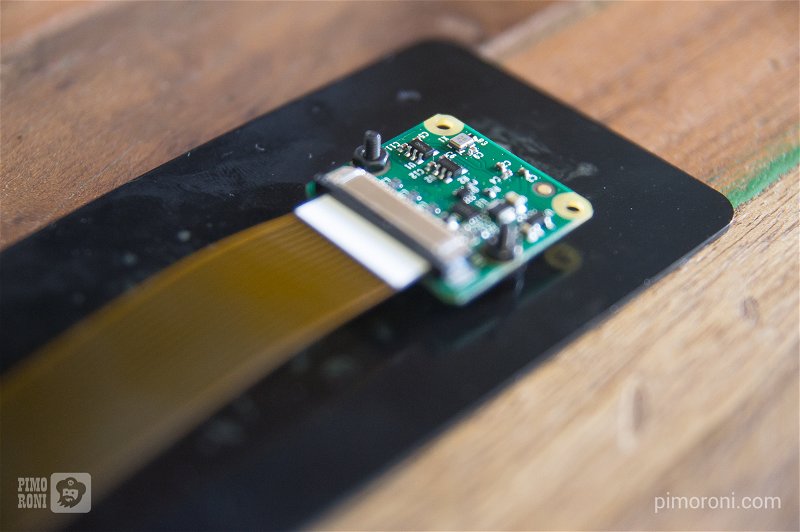 The two holes on the left hand side of the plate are for mounting the Pi Zero.

Now, using two of the M2.5 nuts, tighten them on the bolts, so that they can act as spacers, to give the USB WiFi dongle space and prevent it bending. 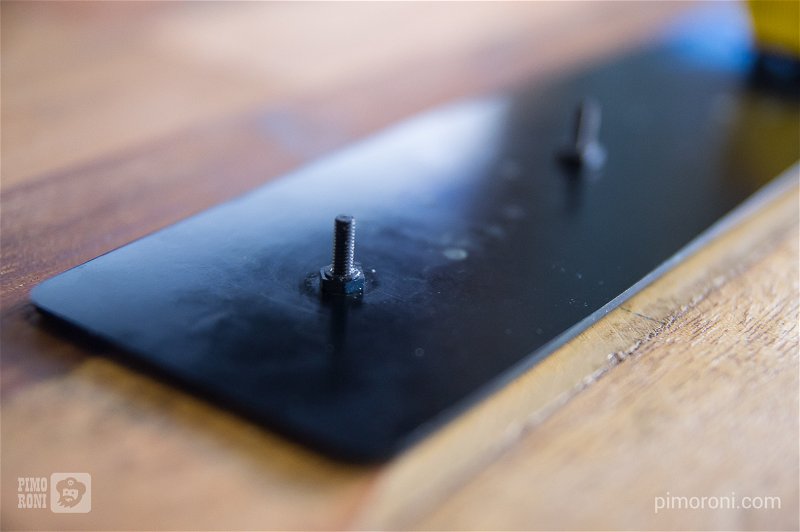 Use two more of the M2.5 nuts to secure the mounting plate to the bolts.

Loop the camera camera cable back on itself and hook it around the cutout in the mounting plate to take up the slack, as in the picture below. 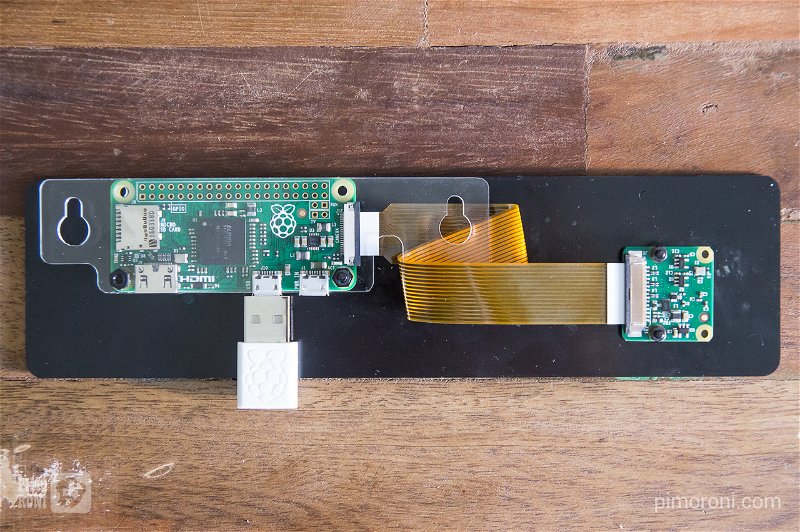 Use the USB A to microB shim to connect the USB WiFi dongle, making sure that the Raspberry Pi logo on the dongle is facing towards you.

And that's it! You surveillance state is operational. 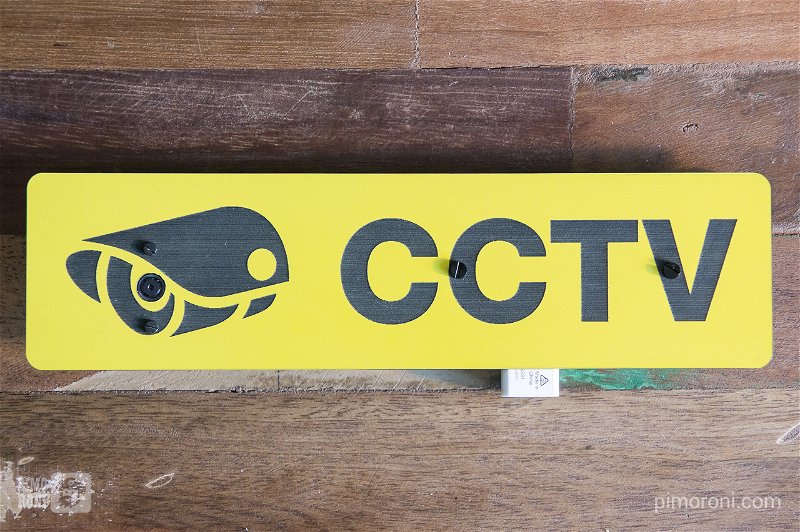 How to assemble the Pi Zero CCTV Kit