This is a tutorial to use with an Explorer HAT Pro and some foamy sweets to make a silly Halloween interactive. Once Halloween is over, or the amusement value fades, you can try triggering lights or motors with other squishy sweets.

This was first made by Emma here at Pimoroni Towers, but she's given me the rest of the squishy sweets and her code so you get this tutorial. Woo!

Put the resistor and buzzer into the breadboard of your Explorer HAT Pro, as shown in the picture below. 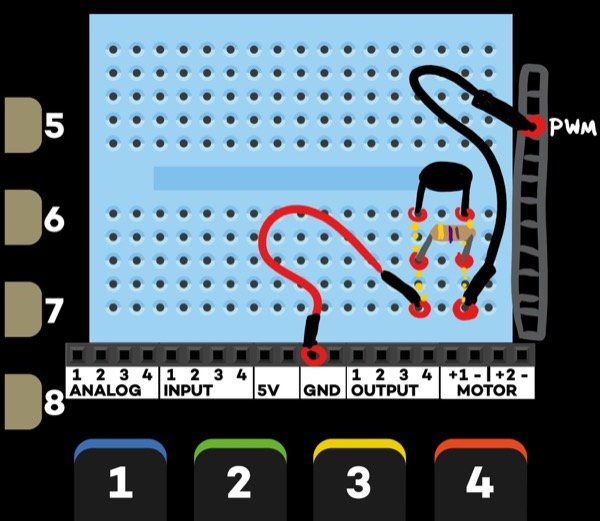 Using jumper jerky, plug one side into GND (ground) and the other into PWM (pulse width modulation) - this makes the circuit for turning the buzzer on and off. PWM means we can do a variety of different frequencies to make the buzzer sound different.

If you've ever wondered what a breadboard actually does, it's a lazy way of connecting circuits. It's just a series of clips hidden under the plastic. 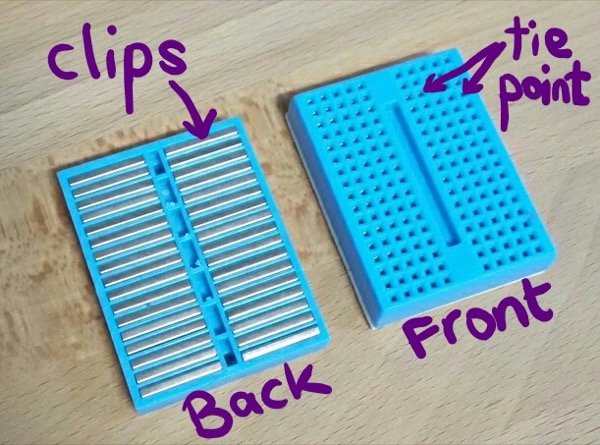 Now to make the eyeball switches. Clip one end of the wire to pad 5 on the Explorer Hat, and the other end needs to be wedged firmly into the sweet. 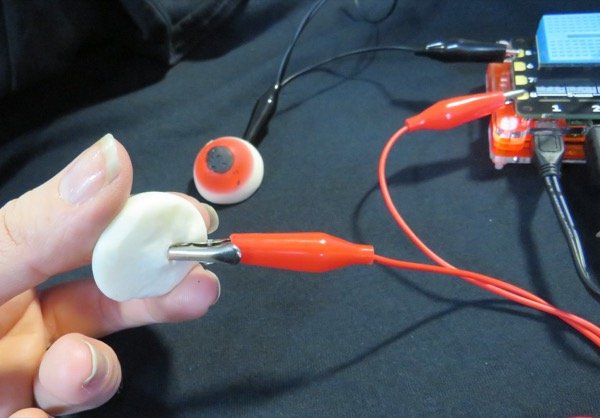 Do the same with the other wire, this time clipping it to pad 8. You can use other pads, but you'll need to change the code. 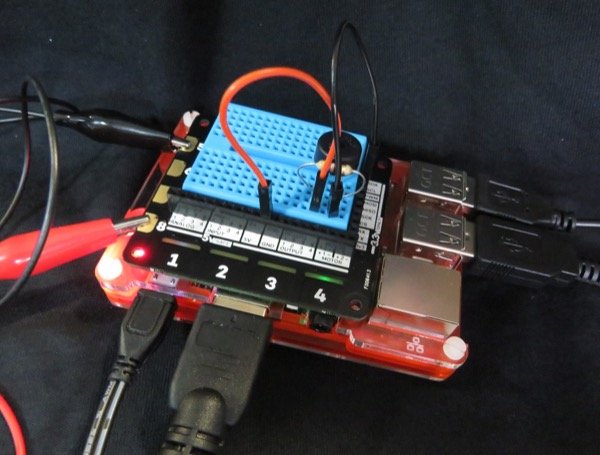 Now all the hardware is set up, you need to get some code together to make it work.

Handily, we've written some below, with comments so you can hopefully understand what each bit does. You don't need the comments if you're typing it out.

Time to run the code and poke some eyes (we are not responsible for you poking the wrong eyes!) 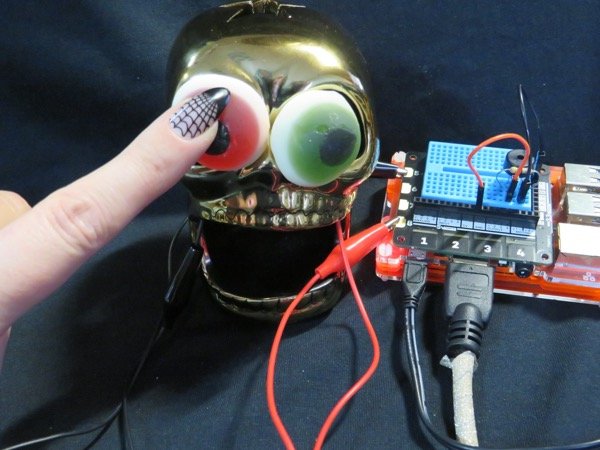 Once you have the hang of it, try changing the frequencies, or add more squishy eye switches. Maybe you could make it into a Halloween make of your own!?

How to use an Explorer HAT to make squishy keys