From my first half hour hack, you might have guessed that one of my biggest frustrations when tinkering with circuits is the resistor. Having to find and pair a suitable resistor with every LED I care to use is tedious and time consuming. There are neat and tidy off the shelf solutions to this problem, including LEDs with built-in resistors and packages of resistors which you can push onto a breadboard. 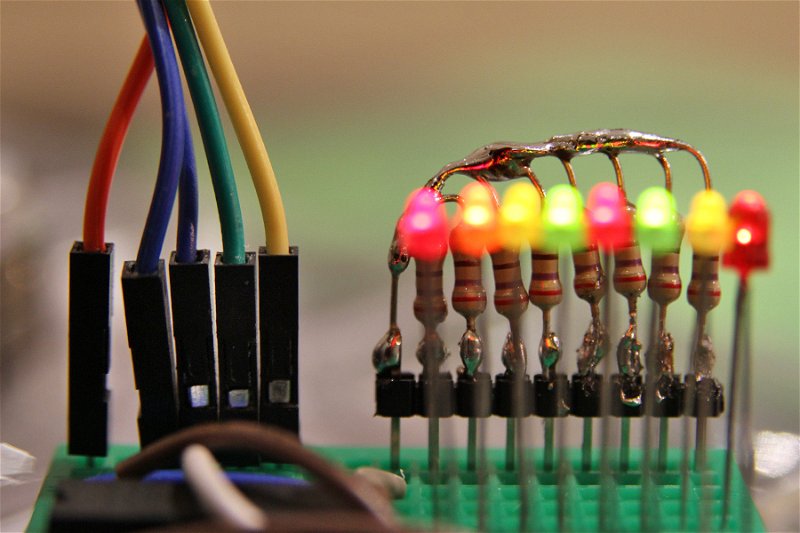 For a hobbyist, however, resistor packages aren't the easiest thing to source in small quantities, and off the shelf solutions are never fun or challenging! We're hardware tinkerers so let's use that to our advantage.

During the 170pt Shift Register project I had to place 8 LEDs in a row, and this resulted in what can only be described as a mess of resistors. I came up with a couple of layouts which were both suboptimal, and even tried covering resistor leads in flex to insulate them from each other.

These half hearted hacks quickly proved to be far less elegant and even far less reusable than something like a Single-In-Line resistor package. So, I decided I would make one.

A single-in-line resistor package, as its name suggests, is a single line of resistors combined into a simple package that exposes each resistor as a pin and ties the other ends together into a common ground pin.

I chose to make an 8 resistor package. It requires only two things to make; a 9-pin length of male header, and 8 resistors. The ninth pin is for the common ground. Using a header gives all the resistors a firm base which you can plug and unplug from a breadboard and re-use across projects, I love attaching header pins to things for this reason!

It's a simple hack in theory, but I found the practise of soldering 8 resistors to 8 male pins something of a challenge. You will have a much easier time of it if you use a Soldering Helping Hands stand to hold each resistor as you go. I think I probably made the job of soldering as hard as I could make it, unintentionally, and took a bit more than half an hour. 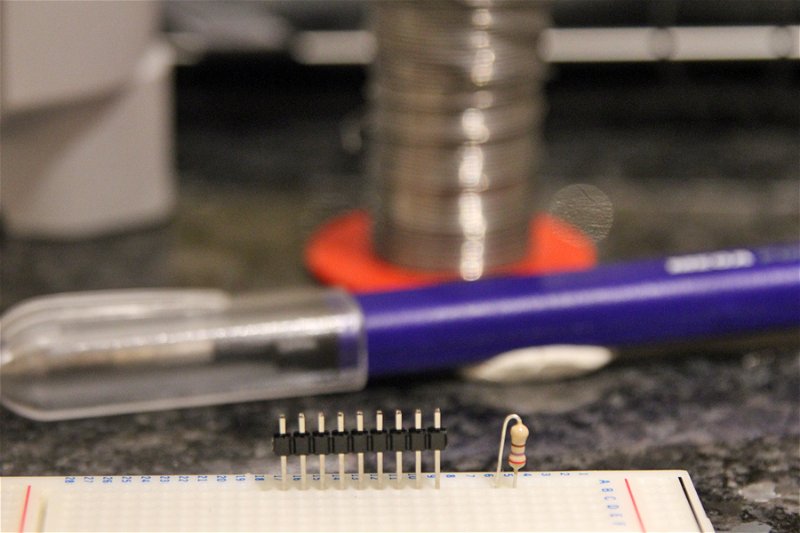 Start by snapping off a 9 pin length from a 40 pin header strip. You should then make sure you can push it securely into a breadboard ( the long side ) and have enough pin length left over to solder to.

Then pop your 8 resistors out of their packaging and carefully trim one lead of each to be about 4-5mm long. Generally it should be as long as the pin your soldering to- which is the end of the male header you're not going to push into a breadboard.

The other leg on 7 of your resistors should be trimmed to about twice this length, long enough to solder to the resistor next to it when you place them in a line. One of your 8 resistors should have its second leg bent at 180 degrees and trimmed to match the other one; this will be the first resistor in your chain.

I then started my soldering by bobbing a little bit of solder on to each pin of the header. This isn't necessary if you've got helping hands, but if you're holding each resistor with a pair of pliers as you solder then it'll save you needing to grow a third arm! 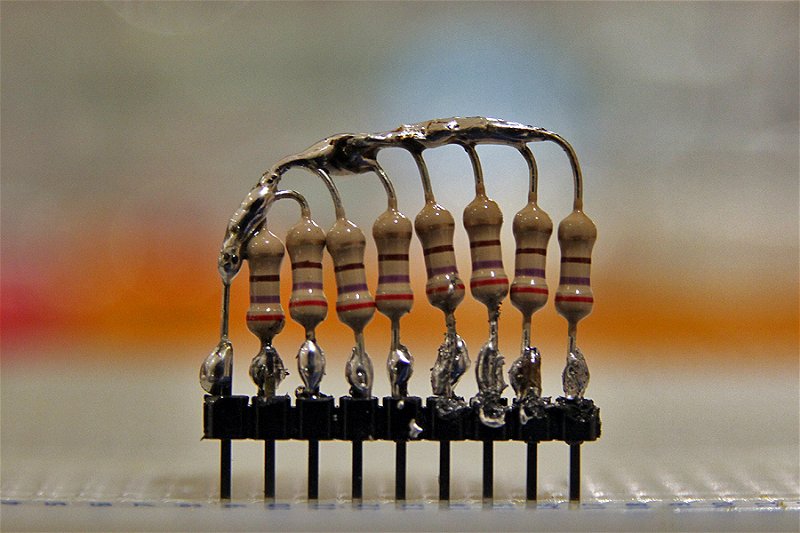 This simple hack is a great way to add resistors to a whole row of LEDs without needing to use double the number of breadboard rows. In fact, for 8 LEDs you only need one row to ground them. If you use an 8-pin length of header and solder a wire along the top of the resistor chain, you can use that to ground your resistors anywhere on your breadboard. 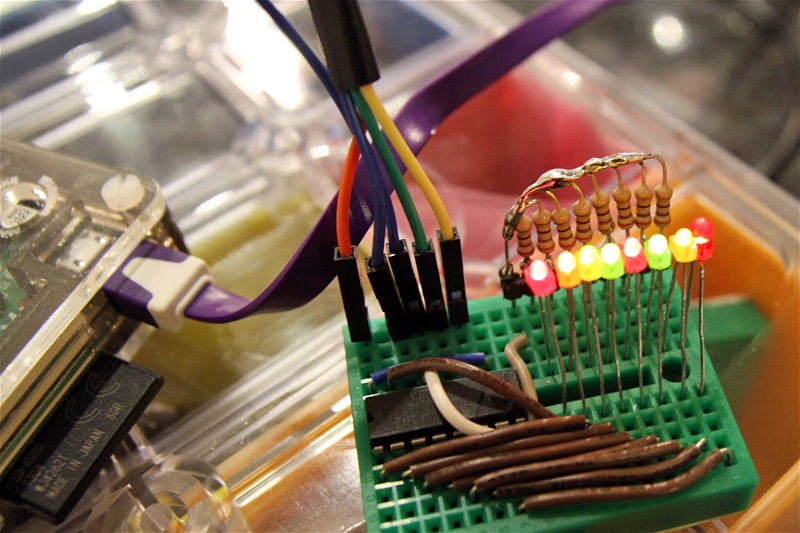 Learn how to create a network of 8 inline resistors, great for building tidy mini breadboard circuits